The original Ford Sierra RS Cosworth was the first Ford to wear the Cosworth badge and was presented to the public at the Geneva Motor Show in March 1985.  It was introduced as a means of homologating the Sierra for ‘Group A’Touring Car racing, with a requirement that 5,000 cars were built and sold.  Launched for sale in July 1986, and based on the three-door Sierra body-shell, it was designed by Ford’s Special Vehicle Engineering (SVE) and was powered by a Cosworth designed 2.0-litre turbo engine of now legendary repute.  At this time, the Sierra Cosworth was a new kind of performance car – a ‘blue-collar hero’ able to humble true sports cars!

In total 5,545 cars were produced – of which 500 were sent to Aston Martin Tickford for conversion to the Sierra ‘RS500 Cosworth’.  If the RS Cosworth was a homologation car, the RS500 was an evolution special.  Once Ford had built the requisite 5,000 RS Cosworths, Group A rules allowed an upgraded ‘evolution’model to be launched.  This could carry changes focused on improving its racing potential, provided Ford sold 10% of the original number as road cars, hence the 500.  The RS500 was announced in July 1987 and had a mechanically uprated Cosworth engine (more similar to the one to be used in competition), with power boosted to 224bhp, upgraded brakes, modified bodywork and the caché of being hand-assembled – the RS500 really is the ultimate 1980’s Fast Ford!  Indeed, during the model’s 30th anniversary year in 2017, the RS500 was named the ‘Ultimate Cosworth’ by one of the UK’s biggest one-make car shows.

Offered here is a Ford Sierra Cosworth RS500, build number 007 of 500, which was supplied new to Ford Motor Werke in Cologne, Germany. This makes this car very rare, as one of just a handful of cars that Ford registered themselves, and 1 of 392 black cars. The second owner was F1 and DTM driver manager, Werner Heinz, and was part of his personal car collection. In 2007 the car was bought into the UK and purchased by Mr Davis of Upminster. He took the car to various RS shows, and then put the car into storage in 2011. Due to it’s low ownership, and extensive periods in personal museums, this car has covered just 23,000 miles from new, and as such must be one of the lowest mileage RS500’s in the world.

Finally in 2018 Tarnock Garage purchased the vehicle, and set about recommissioning and restoring this beautiful example of a very significant car for the Ford brand, ready for it’s new owner 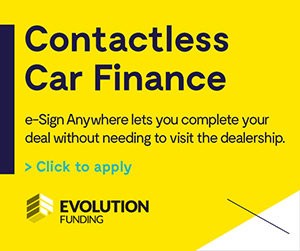 © Evolution Funding Ltd and associated trading styles are authorised and regulated by the Financial Conduct Authority for credit brokerage. We are a credit broker not a lender. Our FCA number is 823324. Finance subject to status. Terms and Conditions apply.

Browse through our selection of vehicles that have recently been added to our inventory.

Email to a Friend

× Chat with us on WhatsApp